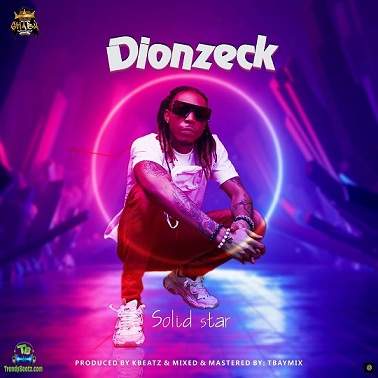 
The Nigerian veteran singer, Solidstar has released a new record titled "Dionzeck" and fans has started liking it.


With the production from KBeatz, The Nigerian celebrated singer, Solidstar could be able to give the fans the song "Dionzeck". A new captivating which has started attracting fans attention due to Solidstar great performance and impact on this masterpiece soundtrack. He dropped this song this year, 2021.

The song "Dionzeck" is a follow up after he gave us his still trending project album "The Light" which housed 13 tracks with the featured act, Davido. The album was a great one which had Davido's great performance on the 12th track of the album named "Lock Down".

Right now, the singer, Solidstar just made another entry into the public eye with another classic number to take over the ongoing show. The song is another one you've been wanted to attend to and here you have it.