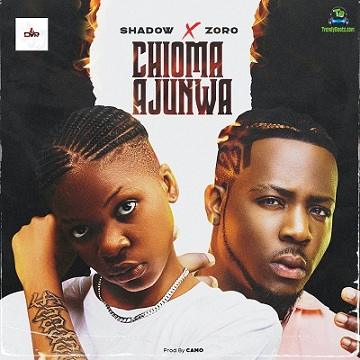 
Fast and Rising Nigerian rapper, Shadow, links up with Zoroswagbag, on this number "Chioma Ajunwa".


Cop this fresh music, by Nigerian fast and rising female rapper, Shadow tagged "Chioma Ajunwa" on which she joins forces with Nigerian prolific rapper, Zoro, who killed the record, with his undying flows.
Chioma Ajunwa, by Shadow, was released in the year 2021, which was produced by Nigerian brilliant music producer, Camoblaizz, on this solid instrument.

Shadow, collaboration with Zoroswagbag, is the right medicine, for a great outing, especially when weeks are hot with jams back to back. Chioma Ajunwa, is really worth listening to.
Stream and download the Mp3 audio via TrendyBeatz Music Website.


Share Shadow - Chioma Ajunwa ft Zoro Mp3 with others on;