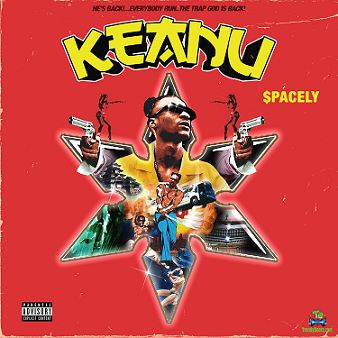 
One of the members of La Meme Gang Recording artist, Spacely, unfolds this enthralling record captioned "Afroballers". Spacely, released this record, to thrill his muisc fans, showing his versatility in the Entertainment Industry.
The record "Afroballers" appears as the ninth track of Spacely, marvellous body of work called "Keanu" which is the last track, but not the list. Kuvie, was responsible for the production of this record.

Elorm Kabu Amenyah, widely known as Spacely, uses this project to make a major impact on the muisc scene, after a long hiatus. This artist is one of the households when it comes to trap muisc. Spacely, has graced stages with Nxwrth, Kwesi Arthur, Darkovibes and many others.

Keanu Album, is an impressive project. All the songs are absolutely on point.