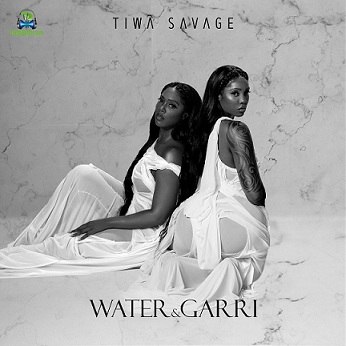 The Nigerian and international hitmaker, Tiwa Savage blesses the fans with the new record "Tales By Moonlight" alongside Amaarae, the Ghanaian-American female singer who made the song to be a successful one. They released this collaborative song a few hours now which has become the international new song to attend to. "Tales By Moonlight" comes from her anticipated Extended Play titled "Water And Garri" which has been made known to us a few weeks ago.

"Water And Garri" EP has been a long-awaited project that has been buzzing after Tiwa unveiled the artwork and the tracklist.

Finally, it has come to the released of the 3rd track in the EP which has been going viral on social media. Truly, Tiwa Savage has come again to dominate and leave other released songs on the mute mode.

On this one, she gave an invitation to Amaarae who blessed the song as she did on Blaqbonez's 2021 hit song "Bling" which also featured Buju. The singer did wonderfully, spicing the song with special and catchy lyrics that will be more enjoyable. Both singers did perfectly well and it's an amazing one.

Share Tiwa Savage - Tales By Moonlight ft Amaarae Mp3 with others on;