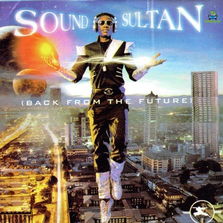 Album Name: Back From The Future Album


Hello Baale, is a song from talented Nigerian musician known as Sound Sultan, this song was released in the year 2011.


Popular musician, Sound Sultan delivers this breathtaking euphony labeled Hello Baale as one of the hit songs off his 2011 album dubbed Back From The Future, a project that was much accepted when it came out.

Hello Baale was outlined as the ninth track on Sound Sultan's catalogue dubbed Back From The Future which houses fourteen remarkable harmonies that the fans cherish so much.

However, Sound Sultan has released so many hit songs since his inception into the music industry. Some of his hit songs includes; Orobo, Natural Something, Kokose, Mathematics, and many others.


Share Sound Sultan - Hello Baale Mp3 with others on;