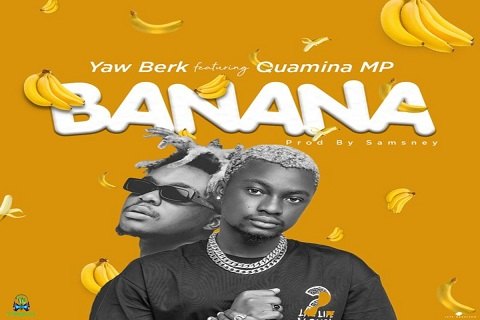 
Multi-Talented Ghanaian music artist, Yaw Berk, released this exciting record captioned "Banana" with vocal assistance from a Ghanaian talented rapper and singer, Quamina MP, who came through with a sultry vibe.
Yaw Berk, came through with this tune, after he did magic with Black Sherif, on the record called "Men", which is still buzzing around, garnering lots of streams, views and downloads on digital platforms.

Still enjoying the jam. Yaw Berk, joins hands with Ground Up Chale Recording artist, Quamina MP, on this studio number "Banana" which got its production refreance from Ghanaian sound engineer and muisc producer, Samsney.
This masterpiece soundtrack is really worth listening to. Yaw Berk and Quamina MP, killed the record.