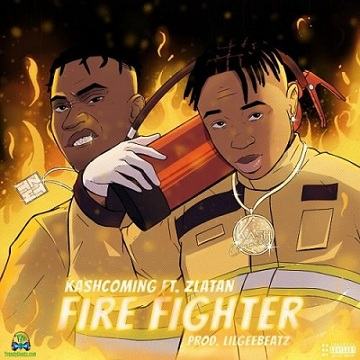 
Fast and Growing Nigerian music artist, Kashcoming bouned back to the game with this stunning record named "Fire Fighter" as he taps the availability of Nigerian heavyweight rapper, Zlatan, who gave a better delivery.
This record was released in the year 2021. Fire Fighter, is taken off from Kashcoming, newly released Extended Play tagged "Kashcoming Vol.1" which is now currently available in all music stores.

Among all the tracks in the album. Fire Fighter, is one of the hottest records, off the album, which his music fans are now loving. Ashiru Kayode, widely known as Kashcoming, performed extremely well on the record, and his collaboration with Zlatan Ibile, is an excellent one.

This record "Fire Fighter" is a groovy one, you will want to add to your playlist and play endlessly. Enjoy and experience the world of Kashcoming with "Fire Fighter". starring Zlatan.


Share Kashcoming - Fire Fighter ft Zlatan Mp3 with others on;