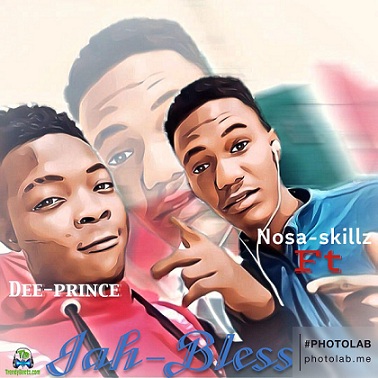 
Young talented Nigerian Hip Hop singer and songwriter, Nosa Skillz, pins out this masterpiece soundtrack called "Jah Bless" with vocal assistance from Dee Prince, who added some sweet juice to this record.
This sound was released in the year 2021. Nosa Skillz and Dee Prince, performed well on this record, which will be generally accepted by their music fans and supporters out there.

Nosakhare Osenwengie Igbinogun, better known as Nosa Skillz, is a Nigerian rising artist is from Benin City, Edo State. This young dude, is really talented and gifted, working hard for himself, in order to get a total audience in the music scene.
This year 2021, Nosa Skillz comes through with this record named "Jah Bless" featuring Dee Prince.