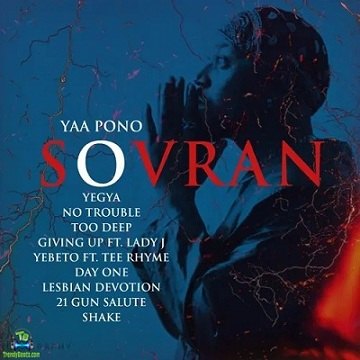 
It's another well-curated soundtrack, by Ghanaian lyrical genius, Yaa Pono, on this studio number tagged "21 Gun Salute". This bracing record, is one of the hottest records, off his iconic body of work "Sorvan", which was released in the year 2021.
Among all the tracks, listed in the album. 21 Gun Salute, was outlined as the eight-track and was produced on the desk of Ghanaian brilliant music producer, Dr Ray Beat.

21 Gun Salute, is a mid-tempo record, with catchy sounds. With perfect voice, Yaa Pono killed the record completely, he threw in some hot vocals in such a way everyone, can get behind. The song was carefully written and recorded.
Stream and download the Mp3 audio below.