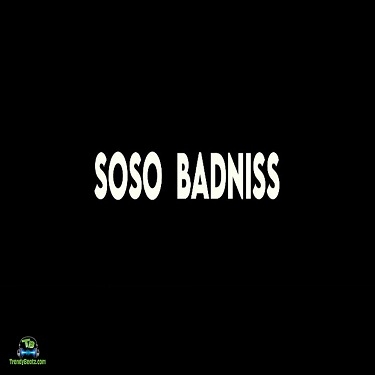 The Jamaican telented singer, Skillibeng has dropped another classic number titled "SoSo Badniss" and fans have started liking it.


This season of the year, the Jamaican dancehall crooner, Skillibeng made a new entry with the song "SoSo Badniss" which has become a Jamaican new tune to deal with. He dropped this song a few hours now which has begun its trend out there.

Following his last drop "Internet War" which is still going viral on social media, the singer can't keep his fans on chill anymore and presented this up-tempo soundtrack that will create another merrymaking out there. The song is another outstanding one in which Skillibeng showed another side of his trap potential and the echelon of his muisc genre.

Can't miss this amazing song from Skillibeng. Listen up and download the song below.