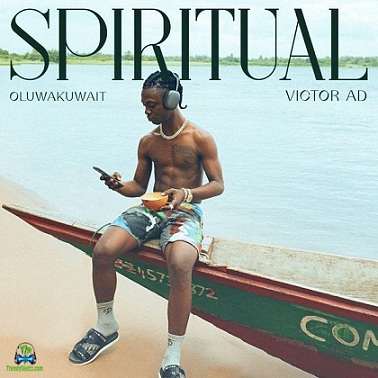 A new captivating on the platform "Spiritual" performed by Oluwakuwait featuring Victor AD.


This season of the year we have a new collaboration from Oluwakuwait and Victor AD on the song "Spiritual". A new catchy and affecting tune that would gather lots of streams on the digital streaming platforms. The song was released in the year, 2021 which has become a Nigerian and African new song to attend to.

After dropping his 2020 still trending EP named "Kuwaiti Dinar" which had lots of guest appearances from Africa, the singer, Oluwakuwait made another great entry into the public eye with another lovely song "Spiritual" alongside Victor AD who gave in his best by blessing the song with sweet vocals that will be worth more enjoying when attending to it.

Truly, the song is another mid-tempo soundtrack that will leave a smile on your face. Both singers did perfectly well and it's an amazing one you've been wanted to give your listening to and here you have it.


Share Oluwakuwait - Spiritual ft Victor AD Mp3 with others on;

Oluwakuwait - You See My Cry