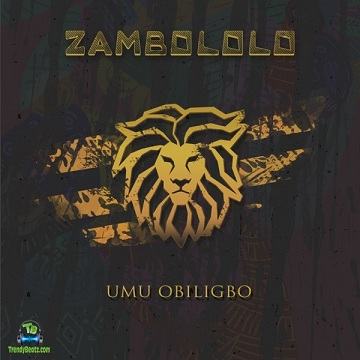 
The Nigerian celebrated singer, Umu Obiligbo has dropped a new song titled "Zambololo" and fans have started liking it.


Nigerian Eastern highlife duo singer, Umu Obiligbo has come again with another Alternative studio record titled "Zambololo". They dropped this one recently in the year, 2021 which has become the new tune to attend and deal with.

Still listening and enjoying their last drops, the singer Umu Obiligbo who sings for the native gave the fans a new record in which they revealed the current talk of the town which says "Iga Emenwu Ife Ana-eme".
"Zambololo" was produced by Selebobo and was composed in Igbo with a little English dialect for the hearing of everyone out there.
Listen up and download the song below.

Umu Obiligbo - Not For Everybody