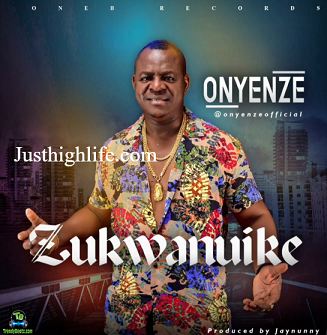 
Onyenze, is back again with another interesting record called "Zukwanuike".


Respected Nigerian Highlife singer, Onyenze, dishes out yet another impressive record captioned "Zukwanuike", as one of his 2021 debut singles. This record follows up after "Hustle & Bustle" which is still blasting speakers, collecting lots of streams, views and downloads on digital stores.
Zukwanuike, by Onyenze, is a nice record, he uses to advise his muisc fans and supporters, at least rest for once while hustling, so your prayers to God can work.. and a lot more. The song was produced by Jaynuuny.

Onyenze Nwa Amobi, has been giving us good music back-to-back since the year 2021 sprang, putting smiles on the faces of his muisc fans and lovers out there.
The new record "Zukwanuike" will surely take over the street in no distant time, just as "Follow Who Know Road" did. Zukwanuike is an Igbo language, which means "Rest".