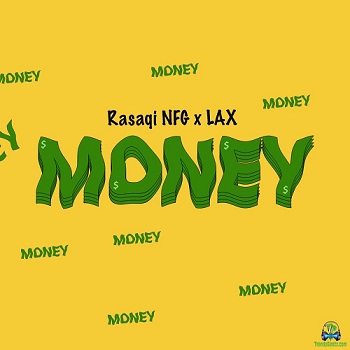 
Versatile Nigerian music artist and Rasaqi NFG leader L.A.X, pins out this stunning record captioned "Money" for his fans and the music community. LAX, released this number after he did magic with Nigerian Global musician, Davido, on the record called "Pepe" a groovy record, with insightful lyrics.
Still enjoying the sound, LAX, bounced back again with this spectacular euphony tagged "Money", which got its production accolades from Nigerian illest music producer, Niphkeys.

Damilola Afolabi, professionally known as L.A.X, is a Nigerian recording artist, singer and performer. He became people's favourite after his collaboration with Starboy on the record named "Caro" in 2013, the record won him "Diaspora Artiste of The Year" at the 2014 edition of the Nigeria Entertainment Awards.
L.A.X, also collaborated with Wizkid, again on the record called "Ginger". Since then, L.A.X, has never been relented, he keeps making a great effort creating good rhythmic music for his music listeners to date.

Empire ft. LAX - Thing For You