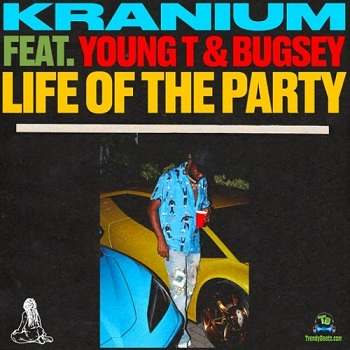 Track Title: Life Of The Party

One of the celebrated Jamaican singers, Kranium has come again with a new song titled "Life Of The Party" alongside Young T and Bugsey.

The season of the year, the international singer, Kranium changes the atmosphere with the song Life Of The Party" starring Young T and Bugsey who made the song to be a successful one. They released this collaborative song not long ago which has started creating another, merrymaking out there.

Kranium is the kinda artist who hits in each of his drops. After giving us "Toxic (Remix)" which is still going viral on social media, the dancehall crooner delivers a new thrilling tune that will give another blissful appearancance to the show. The song is another classic tune from Kranium potential and highest echelon of his Dancehall genre.

On this one, he employed Young T and Bugsey, the British hip hop duo from Nottingham who gave the song another lovely vibes for the listening delight of the fans worldwide.

Can't miss this one from Kranium... Listen up and download the song below.

Share Kranium - Life Of The Party ft Young T And Bugsey Mp3 with others on;