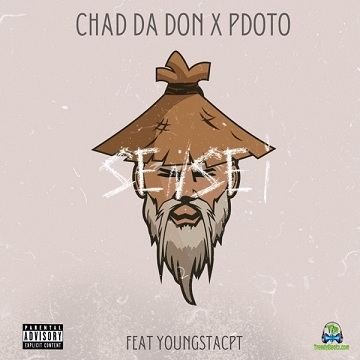 
SA hip-hop rapper, Donovan Chad Mansoor known as Chad Da Don has delivered a new classic record "Sensei" starring Pdot O and YoungstaCPT who made the song to be a successful one. He dropped this captivating and mid-tempo soundtrack not long which has started giving pleasure to the fans out there.

Chad Da Don is a veteran rapper who has been out there satisfying the fans worldwide. His records both old and new are still trending and accumulating lots of streams on the digital streaming platforms. It was all a great and successful one for him all this time.

This season of the year, he made a new entry into the public eye with a new song "Sensei" employing the South African raves of the moment, Pdot O and YoungstaCPT who garnished and blessed the song with the rap vibes for the listening delight of the fans out there. Both rappers did wonderfully and it's an outstanding one.

Can't miss this latest song from Chad Da Don... Listen up and download the song below.