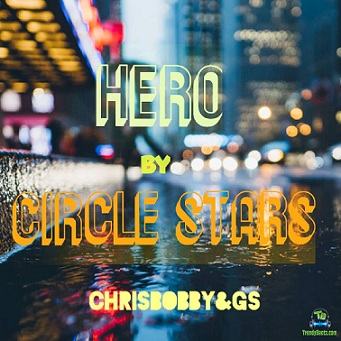 
Upcoming Nigerian singer, Chris Bobby, unleashes this stunning record named "Hero" in collaboration with G.S, who brought a sultry vibe to this record, which will be generally accepted by his music fans and lovers of good music in general.
Hero, by Chris Bobby and G.S, was released in the year 2021. The record is beautiful and soothing to the heart. Chris Bobby and G.S, created unique and genuine creativity in their vocals. Finebeatz was responsible for the production of this record.

Christian Okon, widely known as Chris Bobby and Stanley Eneowge, better also known as G.S, are two Nigerian growing singers. They formed a group known as "Circle Stars".
Chris Bobby, who came from Akwa Ibom and G.S from Abia State, performed well on this record "Hero" showing their God-given potentials to the fans and music community. The song was carefully written and recorded. Stream and download the Mp3 audio via TrendyBeatz Music Website.


Share Chris Bobby - Hero ft G.S Mp3 with others on;