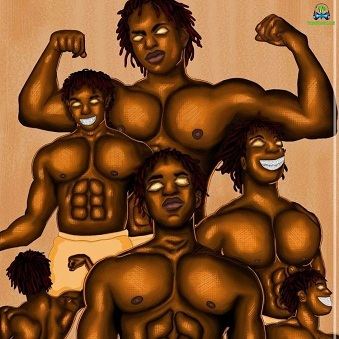 
Disturbing London based Nigerian prolific rapper and performer, Kida Kudz, comes through with this record called "Man O War (Peru Refix)". Kida Kudz, decides to hop into Fireboy DML latest trending song named "Peru" which is buzzing around, collecting lots of streams, views and downloads on digital stores.
Kida Kudz, made up his mind to showcase his versatility in the Entertainment Industry, giving his own version to this Fireboy's record. He comes through on this one, after his newly released studio project tagged " Top Memba", which houses 10 amazing joints.

However, since the YBNL recording star, Fireboy DML, released this record, there has been a lot of refixes, by different talented musical artists Buju, Camidoh (from Ghana), and many others.
Now, let's listen up and enjoy Kida Kudz version on the record.