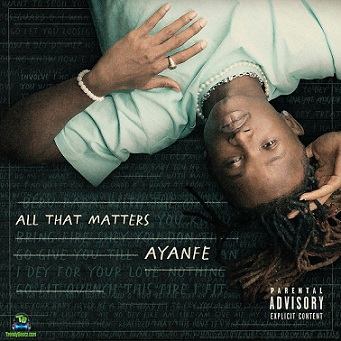 Album Name: All That Matters Album


It's another well-curated soundtrack, as Ayanfe collides with the African bad gal, Tiwa Savage, on this number called "Fire". This impressive record appears as the sixth track of Ayanfe, newly released project called "All That Matters" consisting of eight interesting records.
Ayanfe, uses the album, to kick off the third quarter of the year 2021, released under the management of Obama Music Worldwide imprint.

Ayanfe and Tiwa Savage made a great effort in creating this rhythmic muisc "Fire". The African bad gal, Tiwa, gave life to the muisc, which her muisc fans will be pleased to hear. We all know what it is, when we have Tiwa Savage, on a track.
Fire, is an impressive record, with infections lyrics, you will want to add to your playlist and play endlessly. Ayanfe and Tiwa Savage took their fans on another level on this number.


Share Ayanfe - Fire ft Tiwa Savage Mp3 with others on;