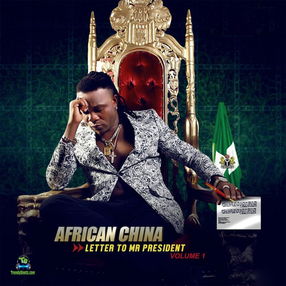 
African China condemns the unjust killing of the deadly Boko Haram group in Nigeria with this track.


This song called Boko Haram was performed by African China in the year 2018. On this song, the gifted singer also calls out on all those who also act in disguise but are worse like the dangerous Boko Haram gang.

African China is widely known for using his song to speak out for the poor masses in the country Nigeria. This song labeled Boko Haram is a cry by the singer against the unlawful killing of the citizen all in the name of politics.

It's been a long time African China has been singing about the corrupt practices in the country, some of his memorable songs are Government Bad, Crisis and Mr President.


Share African China - Boko Haram Mp3 with others on;