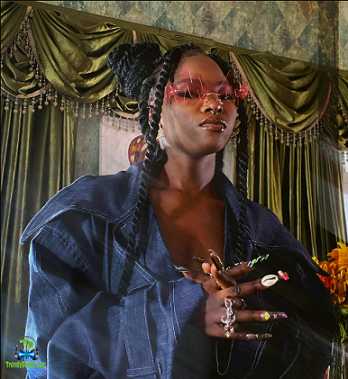 
One of the fast-rising female singers, Ria Sean made a new entry with the song "Ole (Justin Bieber Intentions Refix)" which has been attracting fans attention and accumulating lots of streams on digital streaming platforms. She delivered this in the year, 2020 to dominate and give the ongoing show a new blissful display. Truly, Ria Sean is a talented one and we can't wait to have a new record from her.

"Intention" was a 2020 hit song from the international and Canadian singer, Justin Bierber which featured Quavo, who is one of the Hip hop trio, (Migos). The song was massively played which has already accumulated 80,286,598 million views via the Youtube channel.

Due to the song trend and fascinating, the singer, Ria Sean went ahead and brought the refix which she titled "Ole (Justin Bieber Intentions Refix)" and it's an amazing one which showed a lot more of her talent and potential. She did wonderfully and its another one you've been wanted to give your listening to.