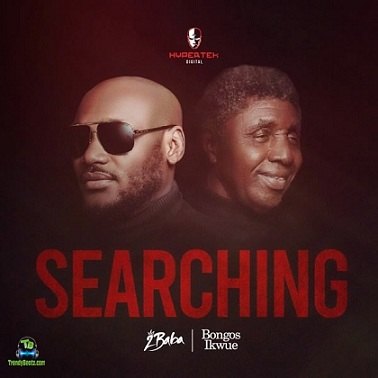 Bongos Ikwue and 2Baba have come to satisfy the fans with a new love song named "Searching".


It's another cool collaboration on the song "Searching" which featured Bongos Ikwue but was officially owned by 2Baba, the Nigerian award-winning and one of the most decorated and successful Afro pop artists in Africa. They released this song recently in the year, 2021 which is now leaving other released songs on the mute mode. Truly, as they use to do, Bongo Ikwue and 2Baba are talented ones.

The owner, 2Baba has been satisfying the fans with his studio body of works, We can't forget his albums "Face To Face" which was released in 2004 and "Grass 2 Grace" in 2006 where he did godly and showed the world his enthusiasm in this long tour.

Till then, this season of the year, after dropping "Rise Up" which had the featured performance from the rapper, Falz, he came again alongside Bongos Ikwue who added a social vocal that will be worth more engaging. They both did well and it's an amzing one that will surely be worth a place in your playlist.


Share Bongos Ikwue - Searching ft 2Baba Mp3 with others on;