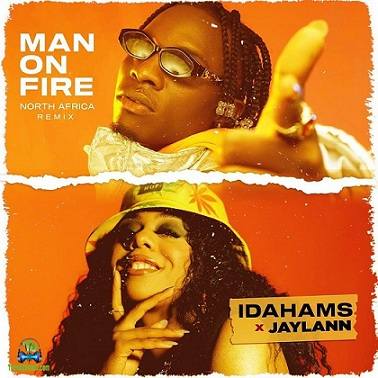 The Nigerian singer, Idahams has brought us the North Africa Remix of his hit song "Man On Fire" featuring Jaylann.


Right here we have the North Africa Remix of Idahams new and trending song "Man On Fire" which featured Jaylann, the Moroccan female singer who contributed to making the song to be a successful one. They released this song recently in the year 2021 which is now giving pleasure to the fans.

"Man On Fire" was released in 2020 from Idahams Extended Play "Man On Fire EP" which rises as the 5th track and topping as one of the best tracks in the project. The remix of the song was released this year 2021 which had a guest appearance from the Nigerian rapper, Falz.

Today, we have the North Africa Remix which had the blessings of this Moroccan celebrated female singer, Jaylann who added her own voice to create a unique record. The song is another one you've been wanted to give your listening to.

Idahams - Hate That I Love