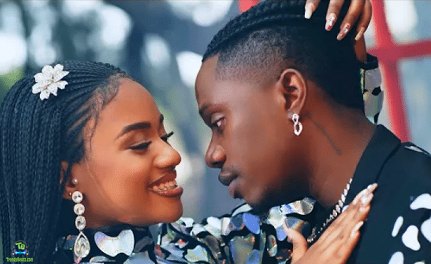 Seize this brand new music, presented by Next Level Records CEO, Rayvanny. The new masterpiece record is a love-themed song, which will surely keep you excited, as we all know, how Rayvanny, does his music thing most especially when it comes to love songs, tn't he singer never fails.
However, this record comes through after he celebrated his birthday on 22nd of August. The record "Wanaweweseka" was produced by serial-hitmaker, Lizer Classic, it was also accompanied by its music video for your viewing pleasure, shot in a more suitable environment, which was directed by Eris Mzava.

Raymond Shaban Mwakyusa, professionally known as Rayvanny, is a Tanzanian talented singer and songwriter, he is the founder of Next Music Records. Rayvanny, totally gained an audience in the muisc scene, after his song "Kwetu: in 2019. Since then, he hasn't been relaxed, giving his fans good music back-to-back.
Enjoy this beautifully crafted record named "Wanaweweseka", which is a potential single.

Rayvanny - I Miss You (Video)