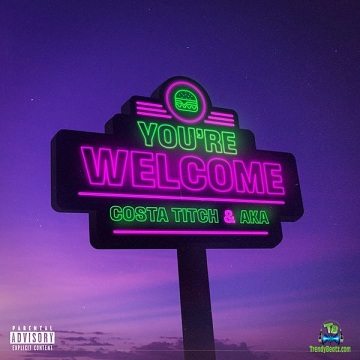 
Costa Titch is a South African rave of the moment. This season, he collides with the SA rapper AKA on the song "Yizo Yizo" which is now going viral and massively played out there. He delivered this song not long ago and fans are now going crazy about it. "Yizo Yizo" is another potential hit one with a special production from the Afropop genre in which both rappers showed the highest echelon of their talents and capabilities.

A few months ago, Costa Titch and AKA collaborates on the song "Super Soft" and it was hit one which is still accumulating lots of streams on the digital streaming platforms.

Working together on this one again seems they are working on a new project which has been revealed already. "You’re Welcome" is the title of their collaborative project which houses 8 hip-hop tracks. Costa Titch and AKA giving the fans a new project together is gonna be a great one due to their previous performances in many classics records that are still massively played out there.

Can't miss this one from Costa Titch and AKA... Listen up and download the song below.


Share Costa Titch - Yizo Yizo ft AKA Mp3 with others on;