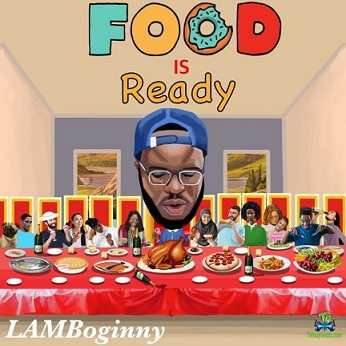 Highly gifted and Nigerian Afro-Dancehall singer Lamboginny has released another hit and lovely song "Chick fil A" featuring Ling from his new album "Food Is Ready".

"Chick fil A" is a new song from the Nigerian Pop singer, Lamboginny which he dropped not long ago off his new studio album "Food Is Ready". The song featured his wife, Ling who gave her own voice to create a unique record. This day, Lamboginny has come to steal the show with his new project which has been added to the platforms.

Lamboginny dropped a new album "Food Is Ready" that is now gaining streams on the platforms. A new project to deal with which has currently been going viral with its full tracks. From the project "Chick fil A" stands as the 5th track you've wanted to give your listening to. Truly, the song is so amazing and you got not to miss it right here.


Share Lamboginny - Chick fil A ft Ling Mp3 with others on;