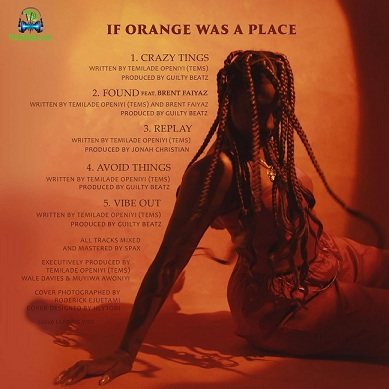 
New collaboration on the platform. Tems the Nigerian female singer featured Brent Faiyaz on the song "Found". She delivered this song in the year, 2021 from her new and anticipated Extended Play " If Orange Was A Place" which consist of 5 impressive tracks with one guest appearance.

Tems featured Brent Faiyaz, the American singer from Columbia, Maryland who contributed to making the project to be a successful one. The song "Found" is another one with a special production in which Tems did acutely and showed another great level of her capabilities.

Brent Faiyaz the guest artist who is known for his unique style in satisfying the fans did wonderfully and gave in his vocal to create a unique record for the listening delight of the fans. Both singers performed well and trust, you won't like to miss this one right here.


Share Tems - Found ft Brent Faiyaz Mp3 with others on;