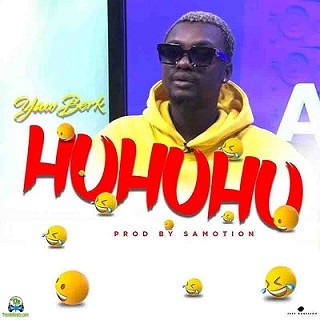 
Still enjoying "Banana" which features Quamina MP. Yaw Berk, bounced back again with a new masterpiece record he tags "Huhuhu", which is a potential hit jam, highly anticipated... This beautiful record was produced by talented Ghanaian sound engineer and music producer, Samotion, who did great work in the production department.

Yaw Berk, released this record, in order to give his fans a good masterpiece soundtrack, to enjoy and feel good. This artist is so talented and gifted, his style of music makes his fans goes higher, and he keeps winning without delay. Some of his songs are; This Be Music, Independent Lady, Inna Song and many more credited to him.

Huhuhu, is a great and awesome piece of muisc you will want to add to your playlist and play endlessly. Yaw Berk, really infused some unique vocals on this number.