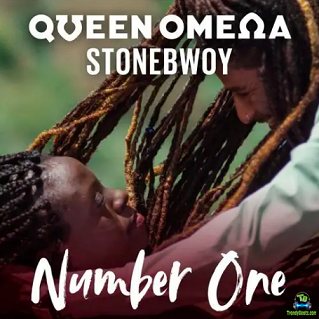 Queen Omega links up with Ghanaian hitmaker, Stonebwoy, on this record called "Number One".


Multifaceted Trinidadian female vocalist, Queen Omega, released a new masterpiece soundtrack called "Number One". On this record, she travels to West Africa, as she seeks the assistance of Stonebwoy, one of the Ghanaian hitmakers. Released in the year 2021.
Number One, is a mid-tempo record, a perfect blend of Reggae-Dancehall music. Queen Omega and Stonebwoy, created wonders on this record. Both artists, who have the same music genres, attended the session without anyone, overpowering each other. The record is a must-listen.

Jeneile Osborne, professionally known as Queen Omega, is born in Trinidad, a reggae female artist, she has released numerous songs, since her inception in the music scene. The artist is really talented and blessed.
This month of September 2021, Queen Omega, joins hands with Stonebwoy, on the record called "Number One", this is the greatest collaboration we can get from Trinidad and Ghana superstars.


Share Queen Omega - Number One ft Stonebwoy Mp3 with others on;