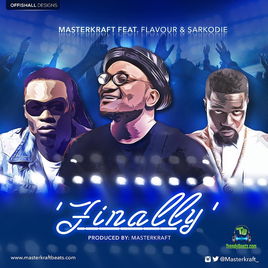 Finally is a top notch soundtrack composed by Masterkraft alongside Flavour and Sarkodie.


Renowned beat maker, Masterkraft delivered this joint, Finally staring Flavour Nabania and popular Ghanaian rapper called, Sarkodie. This song trended on all nook and crannies when it was first released in the year 2015.

Flavour bodied the hook and Chorus for this song titled Finally, while Sarkodie did justice to the verses with his rap skills and Masterkraft was behind the scene for the production of the great instrumentals used.

However, the synergetic collaboration between these trio yielded nothing less than a banging soundtrack dubbed, Finally. This song always bring back that nostalgic vibes anytime it's been played.


Share Masterkraft - Finally ft Flavour & Sarkodie Mp3 with others on;