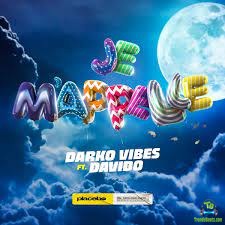 With the production refreance from MOG Beatz, here comes a record named "Je Mappelle" performed by Darkovibes and Davido.


We bring to you this enthralling record named "Je Mappelle" which features Nigerian heavyweight artist, Davido. The record is officially owned by Outstanding Ghanaian musical artist, Darkovibes. Released in the year 2021.
Darkovibes and Davido made a great effort in creating this rhythmic music "Je Mappelle". Their vocals were clear, production and arrangement of words were of high quality. MOG Beatz, did great work on the production department of this beautiful masterpiece record.

OBO, Davido, made his self available on this record, after he created wonders with British prolific rapper, Tion Wayne, on the record named "Who's True", one of the hottest jams off Tion Wayne, phenomenal album tagged "Green With Envy".
Since this year 2021 commenced, Davido hasn't given us any single record, but we keep hearing his vibes, through featuring from different musical artists, like; "High" by Adekunle Gold, "This Your Body" by Skales, "Champion" by Focalistic, and many others.
br> Finally, here comes another interesting record named "Je Mappelle" by Darkovibes featuring Davido. Press play and enjoy the record below.


Share Davido - Je Mappelle ft Darkovibes Mp3 with others on;

Davido - Nobody Has To Know

Davido - Showing Off Her Body