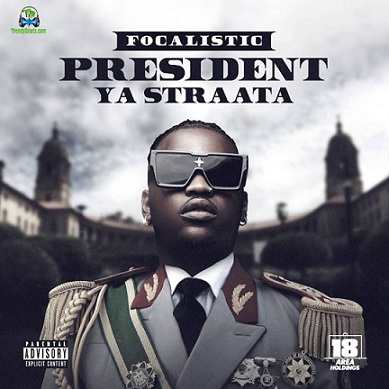 And here we have another classice record "Barcardi Ke Religion" perfomed by Focalistic featuring Mellow and Sleazy.


This season of the year after many classic records, the South African singer, Focalistic hits with a new song "Barcardi Ke Religion" starring Mellow and Sleazy. He delivered this song not long ago which has been attracting fans attention and being massively played out there. The song "Barcardi Ke Religion" is lifted from his new studio body of work Extended Play "President Ya Straata" which housed 7 solid tracks.

From the Extended Play, the song "Barcardi Ke Religion" stands as the 1st leading track with a special production in which Focalistic performed well and called in Mellow and Sleazy who played a big role on the song for its successful release. The song is from the highest level of the Amapiano genre which has currently been creating new merrymaking in South Africa and across the country as well. Trust me you won't like to miss this one.
Listen up and download the song below!