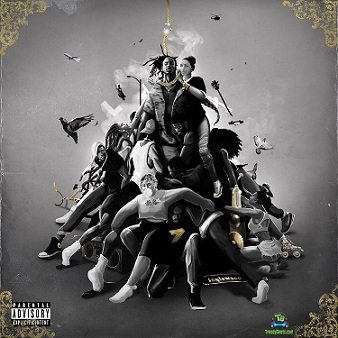 A new refreshing record, as D Smoke, collides with one of the African favourites singers, Fireboy DML, on this record named "Sleepwalking".


Highly-Rated American rapper and performer, D Smoke, churns out a new masterpiece soundtrack christened "Sleepwalking", in which he enlisted YBNL hitmaker, Fireboy DML, whose flavour was overwhelming on this stunning record, with boost production, from Nigerian ace music producer, Telz.
On the record, D Smoke and Fireboy DML took their fans to a whole level. Fireboy DML, came through with marvellous chorus and hook, while D Smoke, walked in and killed the record, with his incomparable style of rap music. The lyrics were well thought out making the record more relatable.

This bracing record "Sleepwalking" is lifted off from D Smoke, dazzling studio project tagged "War & Wonders" which is now currently available in all music stores. The project houses sixteen amazing joints which features; Ty Dolla $ign, John Legend, Bj The Chicago Kid, and many other talented artists.
D Smoke uses the project to make a major impact on the music mainstream this year 2021. Sleepwalking, which features Fireboy DML, is one of the most favoured records, on the project.

If you really know what D Smoke did on Fireboy DML, record "Champ, a record, off Fireboy DML, album "Apollo", you won't delay listening to this one. The chemistry on this song is on another level.