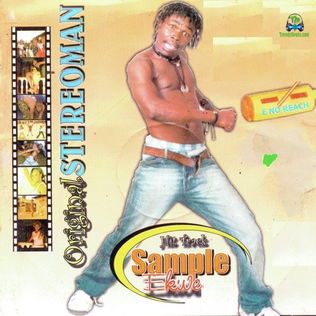 Listen and enjoy this nice tune from Original Stereoman captioned, Rub a Dub Style, below.


Popular Reggae icon, Stereoman Ekwe, dishes out this magnificent melody, Rub a Dub Style, for the fans to listen and be excited. However, the hit maker did achieved his aimed as this joint alongside the album "Sample Ekwe" gained widespread attention when it was released in the year 2005.

Stereoman Ekwe, was one of the most sort after musicians back in the days. This his song, Rub a Dub Style which appeared as the third song on his debut album make a lot of impact for him. However, the gifted singer bagged some notable awards and endorsement from his debut project captioned, Sample Ekwe album.


Share Stereoman Ekwe - Rub a Dub Style Mp3 with others on;