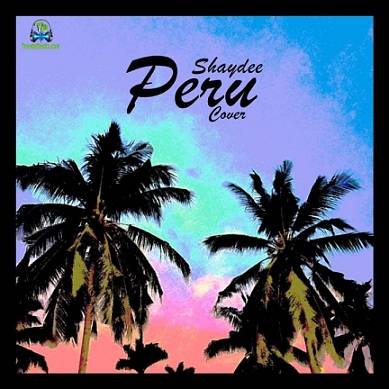 
The Nigerian singer, Shaydee comes in with the cover of "Peru" a song owned by Fireboy DML.


The Nigerian singer, Shadrach Adeboye Folarin, professionally referred to as Shaydee just made an entry with the cover to "Peru", a potential hit song from the Nigerian young and rave of the moment, Fireboy DML. He released this song recently in the year, 2021 and fans are widely excited to see his magical touch on this classic record.

Shaydee is a Nigerian singer and songwriter who is now being celebrated in Nigeria due to his consistency throughout the years. He is best known for his hit single titled "Won Gbo Mi", which featured a vocal appearance from Wizkid (Starboy). Shaydee is a gifted one with many classic records that are still gaining lots of streams and views on the platforms

Still listening to his previous records, the singer Shaydee opens the year with the cover to one of the trending songs of the moment "Peru". A classic record officially owned by YBNL singer Fireboy, which was released a few weeks ago. The song was a potential hit one from Fireboy in which he did wonderfully as a veteran and showed the fans that he still got vibes.

This time comes the cover from Shaydee who just took the song and blessed it with his sweet vocal which will be more engaging and enjoyable to the hearing of the fans out there. He did as much as expected and trust me you won't like to miss this one here.