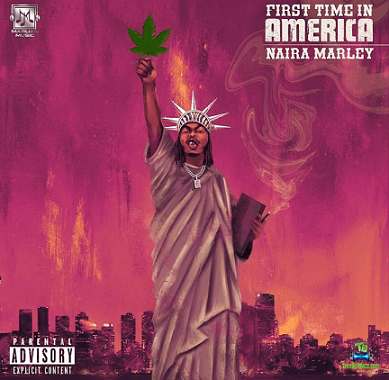 And here we have a new thrilling tune "First Time In America" by the Nigerian singer, Naira Marley.

Finally, the anticipated song is out!!... The Marlian Music Boss, Naira Marley hits social media with the song "First Time In America" which has become the Nigerian and international hit song to thrill with. He dropped this classic and Amapiano soundtrack recently in the year, 2021 and fans have started going crazy about it. Truly, the Marlian boss, Marley has hit again to steal the show as he uses to do.

A few weeks ago, Naira Maley appeared on his social media handle and revealed his upcoming new track which was intended to be released on the 1st of October. This is his third single this year which comes after the mind-blowing song "Coming" and "Drug Test"

Share Naira Marley - First Time In America Mp3 with others on;