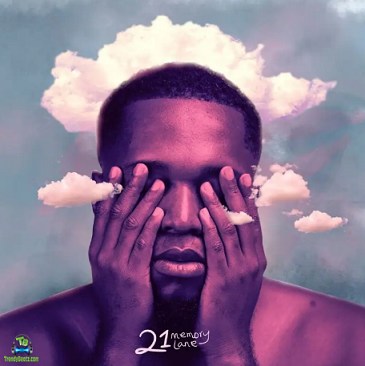 
With the production credit to Retro, here comes this astonishing record named "Everybody Knows", presented by Kojo Cue, in collaboration with the Afrobeat badman, Kelvyn Boy, who gave a top-notch rendition to the record. Released in the year 2021, under the management of BBnZ Live Records.
Off "21 Memory Lane EP", by Kojo Cue, is where this record "Everybody Knows" is extracted from, standing as the album's second record, which is sure to serenade your minds and earbuds.

Kojo Cue and Kelvyn Boy, did justice to the record, showing their versatile capabilities. Kelvyn Boy, added a special touch to the chorus, while Kojo Cue, switches to rap so easily, as he added some bars to the instrumental. Kojo Cue has associated with the likes of Ghanaian and Nigerian music artists; Sarkodie, Amerado, Mr Eazi, Show Dem Camp, and many others.
Everybody Knows, is a great and awesome piece of music, you will want to add to your playlist and play and endlessly. Stream and download the record below.


Share Kojo Cue - Everybody Knows ft Kelvyn Boy Mp3 with others on;