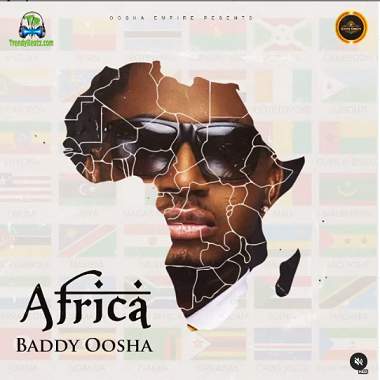 
The Oosha Empire Boss, Akeem Badmus O known as Baddy Oosha has come through with a new Amapiano record titled "Africa". He released this song in the year, 2021 which has started giving pleasure to the fans. Baddy Oosha is a talented one and we can't stop listening to his records. This time he gave us a new record to thrill with.

Still enjoying his previous drop "Omokomo" which is still making trends out there, the independent singer, Baddy Oosha blesses the fans with a new Amapiano record "Africa" where he sings about being proud of Africa, that he has been in many continents of the white men but there's no place like Africa.

The song "Africa" is another one with a special production that had an acute performance from Baddy Oosha. The singer is known for his unique style in satisfying the fan and here comes similar to his record that will make you feel entertained. Truly, the song is another Amapiano beat you've been wanted to overhear from and here you have it.