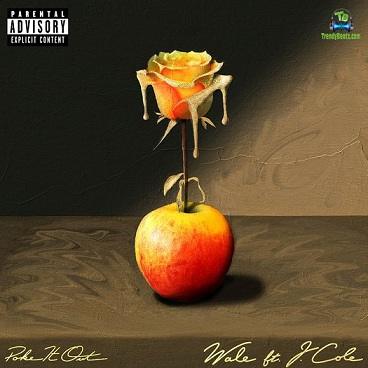 Track Title: Poke It Out

The rapper, Wale hits social media with a new song "Poke It Out" alongside J. Cole, Cool and Dre.


Olubowale Victor Akintimehin known as Wale has come again with another pop soundtrack "Poke It Out" starring J. Cole, Cool and Dre, who added their vocals in making the song a successful one. They released this collaborative song in the year, 2021 which is now going viral on social media and being massively played out there. Truly, the song "Poke It Out" is on point and it's a must listen to.

Wale has been doing it and he's well known for his unique style in the Rap genre. The rapper is a talented one who rose to prominence in 2006 when his song "Dig Dug (Shake It)" became popular in his hometown. Since then, he has been satisfying the fans with classic records and still shows his capability in the industry.

Following his previous drop "Angles" which had vocal assistance from Chris Brown, the rapper can't wait in serving the fans a new melody "Poke It Out" which rises to the highest echelon of the Pop genre.
Truly, the song is a potential hit one having the joining hands of J. Cole, Cool and Dre who added their own vocals to create a unique record for the listening delight of the fan. Have you been wanting a new song?... I think this one will serve you this time.

Wale - The Posse Cut Who Don't