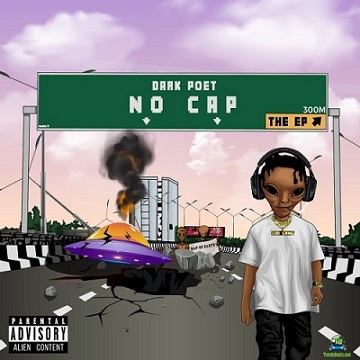 Dark Poet, collaborates with Falz and M.I Abaga, on this studio number tagged "Ripple Effect". Off his album "No Cap".


Fast-Rising Nigerian rapper, songwriter and performer, Dark Poet, unleashes this masterpiece soundtrack her tags "Ripple Effect", in which he honoured invitation to Nigerian prolific rappers, Falz and M.I Abaga. This fabulous music was released in the year 2021, under the management of Gidi Gang Entertainment.
The collaboration between Dark Poet, Falz and M.I Abaga, in the record "Ripple Effect", is mind-blowing. The energy, melody and vocal performance were top-notch. Extremebeatz was responsible for the production of the energetic record.

Moreover, this record "Ripple Effect", was outlined as the sixth record off Dark Poet, much-accepted body of work named "No Cap". Dark Poet, uses the project to make a major impact in the music scene, after a long hiatus.