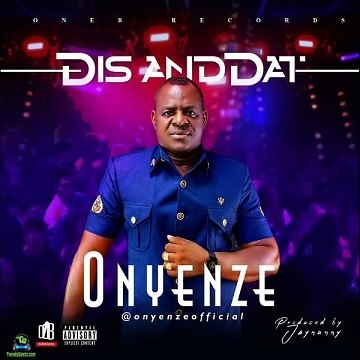 With the production credit to Jaynanny, here comes this record named "Dis And Dat", performed by Nigerian Highlife vocalist, Onyenze, released in the year 2021.
Onyenze, released this record after he gave us "Zukwanuike", an exciting record, which is still blasting speakers and having good streaming on digital stores. Dis And Dat, is another one, to take over the music mainstream, in no distant time.

Onyenze, is one of the households when it comes to Highlife music in Nigeria. He has released numerous songs, since his inception, but he totally gained a huge audience after his record "Follow (Follow Who No Road)". Since then, Onyenze, has been to the top of his game, feeding his fans with good songs.
This latest song "Dis And Dat", is a lovely one, sure to uplift spirits across the whole nation. Stream and download the record via TrendyBeatz Music Website.


Share Onyenze - Dis And Dat Mp3 with others on;