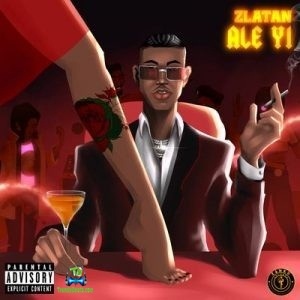 The Nigerian rave of the moment, Zlatan Ibile has given us a new Amapiano record "Ale Yi (Aleyi)" to entertain the fans.


Due to his enthusiasm in entertaining the fans, The rapper, Zlatan is now being celebrated worldwide. He delivers the song "Ale Yi (Aleyi)", a new song to update our playlist and fans are widely excited to have such a record from him. He released this song in the year, 2021 which is now going viral and gaining lots of streams on the digital streaming platforms. The song is responsible for having production credit from Niphkeys who is known for his doings and exceptional skill.

The song "Ale Yi (Aleyi)" is an anticipated one from the Zanku Record Boss, but finally, it's now done and dusted this time. The song is now giving pleasure to the fans and creating new merrymaking out there. Truly, the "Ale Yi (Aleyi)" is on point and thanks to Niphkeys for his magical touch on this one.

As we all know that the Zanku Record Boss, Zlatan is one of the Nigerian raves of the moment alongside, Naira Marley and other hitmakers who have never left the studio since this year run. His records are still played out there and he's now being recognized due to his outstanding and unique style of entertainment in general.

Following his last drop "Alubarika" which featured Buju, the singer and rapper can't let the buzz of his trending fade away but delivered a new Amapaino soundtrack to add pressure to the ongoing show. On this one, he decided to go unaccompanied and as a veteran, he did as much as expected by giving the song a nice vocal and lyrics where he sings saying "Overthinking no feet solve no problem". Truly, the song is another one to update your playlist and trust me, you won't like to miss this one right here.

Share Zlatan - Ale Yi (Aleyi) Mp3 with others on;

Naira Marley ft. Zlatan - Am I A Yahoo Boy (Video)