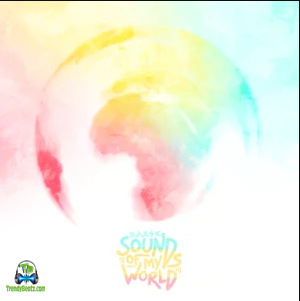 Highly and talented record producer, Juls has come to change the game with another classic record "Makossa Riddim" featuring Haile.


Juls, the British-Ghanaian record producer has published a new soundtrack "Makossa Riddim" having Haile as the guest vocal artist who played a big role in the song. He dropped this one not so long ago in the year, 2021 which has become the world new soundtrack to listen enjoy. The song "Makossa Riddim" comes from his new recorded album "Sounds of My World" which consists of 15 impressive tracks with lots of guest appearances.

On another blissful day like this, we have a new tune to deal with. Juls has gotten the fans a new sound that will sustain them for the meantime. The song "Makossa Riddim" is another captivating one that is now making a trend and gaining lots of streams on the platforms. It stands as the 3rd leading track in the album that will leave a smile on your face.

On this one, he called in, Haile who added his own vocal and spice the song with nice lyrics for the listening delight of the fan. Truly, the song is another amazing one you've been wanted to overhear from and here you have it.


Share Juls - Makossa Riddim ft Haile Mp3 with others on;