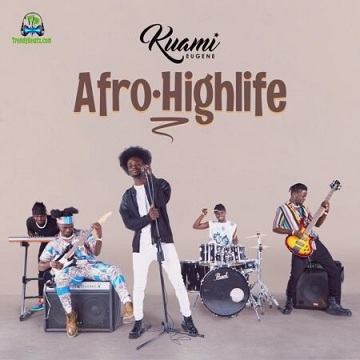 
Eugene Kwame Marfo, who goes by the stage name Kuami Eugene has delivered a new song named "Bunker" to excite his fans worldwide. He releaed this song in the year, 2021 which has started going viral and giving pleasure to the fans out there. "Bunker" is a potential hit song from Kuami Eugene that will leave a smile on your face when listening to it.

The Lynx Entertainment signee, Kuami Eugene also known as Rock Star has become the Ghanian most celebrated singer due to his consistency over the years. His records all this time can tell so much of his potential and capacity.
This season of the year, he made another walk in the aisle with a new song to show the fans that it's not yet over for him and the fans. The song is a follow up after giving us "Dollar On You" which was released a few months ago.

So this time, the song "Bunker" is an outstanding one where the singer still maintained his unique and sweet voice. He gave the song a nice vocal and catchy lyrics that will be more engaging and keeps you dancing each time you hear it. Truly, the song is on point and we can't stop enjoying it.