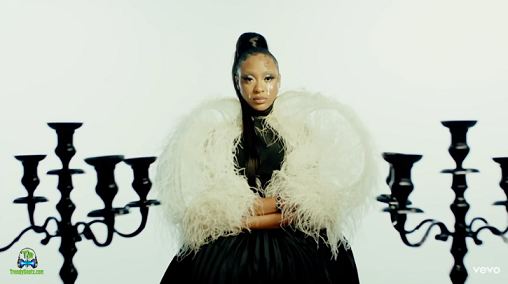 
One of the South African hitmakers, Nadia Nakai has come through with the official video of her hit song "Kreatures" having Kwesta and Sio as the guest crooners. She released this video about a few hours now which has been making a huge trend in South Africa and gaining lots of views on the Youtube channel.

The song "Kreatures" was a hit song from Nadia Nakai 2019 debut album "Nadia Naked" which stands as the 15th track and one of the best tracks in the album. Due to the song trends, the SA rapper can't wait in delivering the official video for the viewing pleasure of her fans worldwide where she performed well alongside Kwesta and Sio. Here you go...