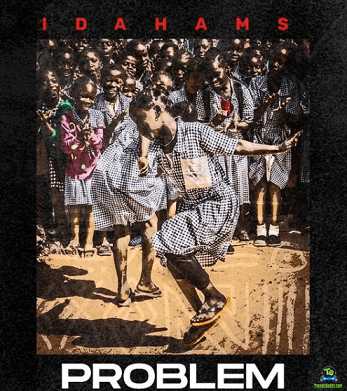 
Grab this self-produced single anticipated record captioned "Problem", written and recorded by a Nigerian growing singer and record producer, Idahams. It was in this year 2021, that this lovely new entry, was outdoor.
The record follows up after the remix of his mega-hit "Man On Fire", which features Moroccan celebrated female singer, Jaylann. The soundtrack is one of the tracks which makes up his most-anticipated extended play tagged "Man On Fire", consisting of nine solid and dope tracks, which features Falz.

This young dude is seriously working hard for himself, in other to gain total recognition in the Entertainment Industry, and he keeps giving out good records, proving to his fans and the music community, that he has what it take to be on the top of his game.