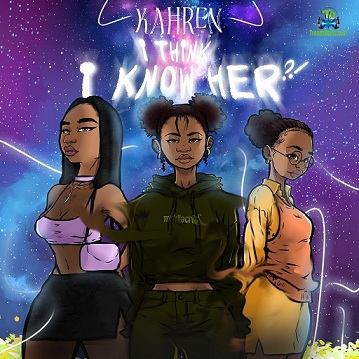 Album Name: I Think I Know Her EP


The Nigerian singer Kahren has dropped another interesting tune titled "Mistake" off her new Extended Play.


One of the fast-rising female singers and songwriters Kahren released a new hit and captivating song titled "Mistake". He delivered this song recently in the year, 2021 which has been served on the platform. The song "Mistake" is a new record which is lifted from her new body of work Extended Play titled "I Think I Know Her" which is made up of 5 tracks featuring Chocolate City signee Blaqbonez and the fast-rising singer Victony.

It has to be a successful one for Kahren this time. The singer is a talented one and has released lots of records that are still gaining lots of streams on digital streaming platforms. This season of the year, she confidently made a new step to take her music to another higher level and add pressure to the ongoing shows by releasing a new Extended Play of 5 tracks.
From the EP, the song "Mistake" stands as the 3rd track where she perfomed well and the song is a must listen to. Trust me, the song is another one update your favourite playlist this time.