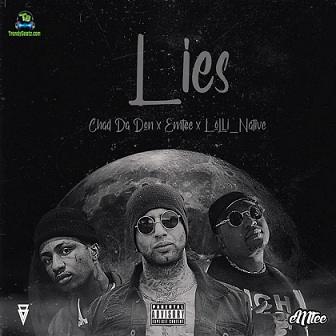 The South African rapper Chad Da Don has come yet with a new song "Lies" featuring Emtee and Lolli Native.

We are expecting a new project from Chad Da Don which maybe be out at any moment from now. The song "Lie" is his sixth official record for the year and a follow-up to "Sensei" featuring Pdot O and YoungstaCPT. The song is still making a huge trend in South Africa and across the country as well.

On this one, he teams up with Emtee and Lolli Native who added their own voices to the song to create a unique record. Both crooners perfomed well and the song is an outstanding one with a special production from Shaney Jay who killed the beat. Trust me, you won't like to miss this one.