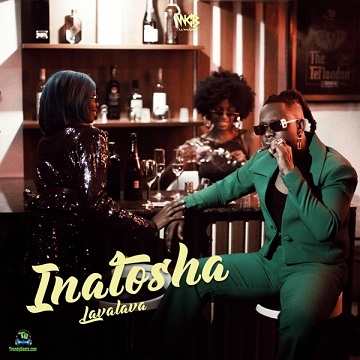 The Tanzanian singer and songwriter Lava Lava has come with a new captivating song "Inatosha".

WCB Wasafi Records recording artist, Lava Lava blessed the fans with a new single he titled "Inatosha" and fans are widely excited about his new drop. He delivered the song recently which has started making a huge trend and gaining lots of streams and views on the digital streaming platforms. The song "Inatosha" was invented from the Swahili language that literally means "That’s Enough" in the English language. The song is a must listen to and here you have it.

Gopa Beatz and Lizer Classic are responsible for the song production. They did perfectly in making the song and the song is another one that is worth a place in your playlist.
The song "Inatosha" serves as a follow-up to his previous drop "Nikomeshe" and studio body of work called "Promise" Extended Play that features Diamond Platnumz, and Mbosso who made the project a successful one.

Lava Lava is a well-talented one known as one of the best leading acts in WCB. He has been in association with many renowned acts in the industry and he is now being celebrated internationally due to his perfect performance over the years. His new song is another one to update your playlist this time and here you have it for your free download.