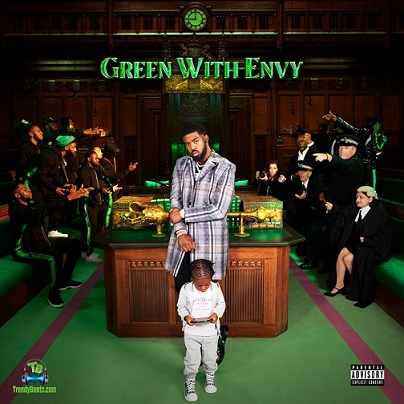 What a great collaboration, as the British talented rapper, Tion Wayne, joins forces with Davido and Jae5 on the record called "Who's True".

It's another well-curated sound, as Warner Music UK Records, presents this record named "Who' True" which features East London songster and record producer Jae5 alongside Davido. Off "Green With Envy Album" by Tion Wayne, is where this fabulous record, is extracted from.
The album was released this year 2021, consisting of seventeen records, which features talented music artists; Davido, Polo G, 6Lack, Russ Millions and many other top-notch lyricists. The record "Who' True" is one of the hottest songs on the album. The energy, vocals and production in "Who's True" was top-notch. Everyone, attended the session, giving their best to make the record a successful one.